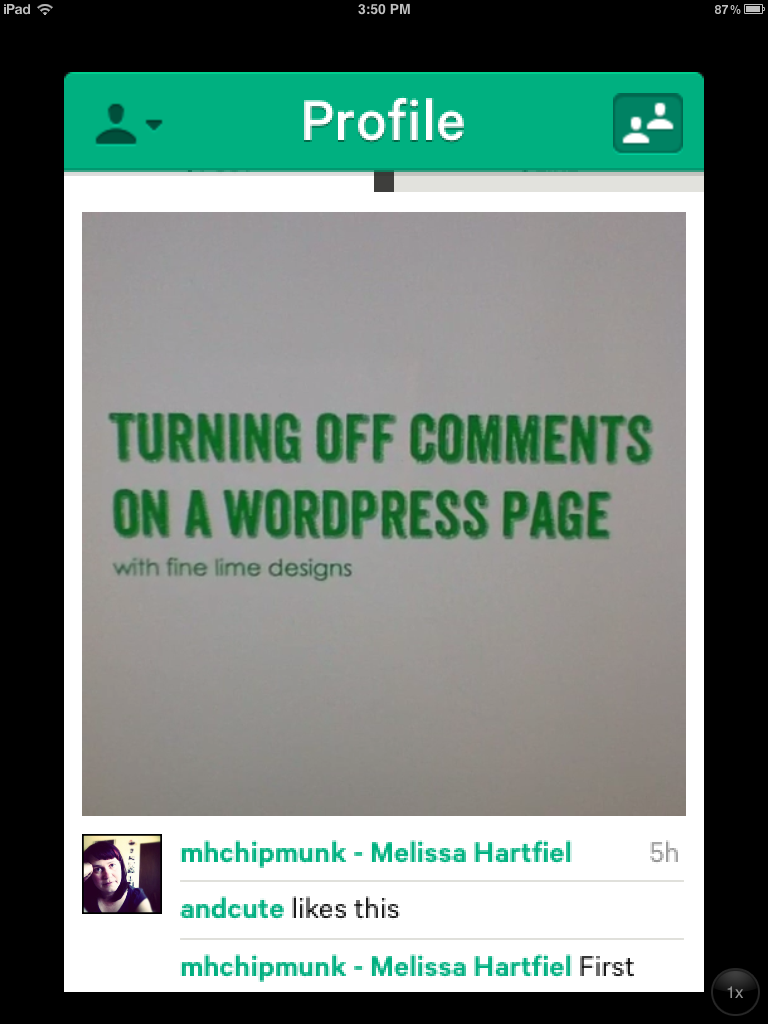 my first attempt at a Vine mini WordPress tutorial!

A new app has been released through Apple called Vine.  People were joining up all in a flutter yesterday, anxious to share 6 second videos with their followers (the app has been acquired by Twitter!) and some very creative ones are already appearing.

We can already see how brands and blogs and small businesses could use this as a really creative social media and marketing tool.  The app is easy to use, the editing happens in app, you can use it on both the iPhone and iPad and of course, it jives nicely with Twitter.

Six seconds may seem like nothing – especially in your first few attempts to create a video – but, just like Twitter’s 140 character limit forces you to get to the point, this really forces you to think about what you want to say and think outside the box with how you film it.

We thought it might be a really fun way to do mini WordPress tutorials, (not to mention Photoshop and Lightroom) so I gave it a try this morning.  You can see my first attempt at a WordPress tutorial on Vine here.  That took about 4 attempts and even now I see how I can make it better but I see definite possibilities!

You can find me on Vine as mhchipmunk – Melissa Hartfiel so come join in the fun!

be sure to join our Facebook page for more blogging and design resources, and tips and tricks!